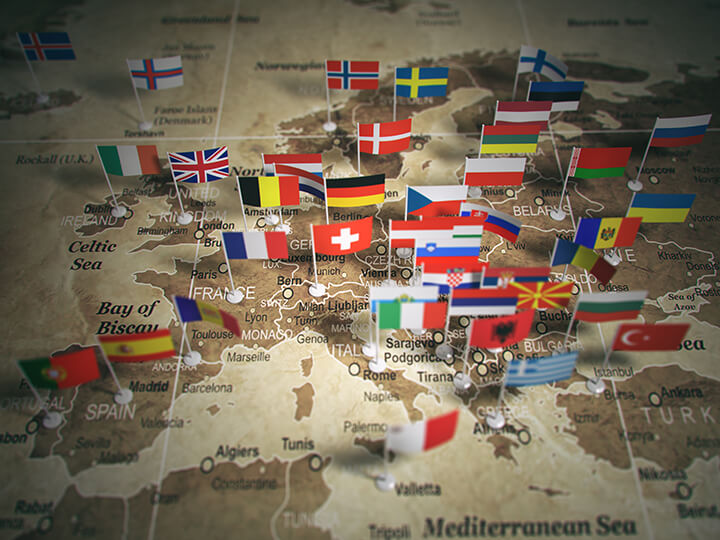 What is the Schengen area?

Schengenland is the denomination given to the territory formed by the European States that have undertaken to eliminate security controls at their borders and to guarantee a free movement regime for all citizens of the signatory countries. Europeans make every year 1. 250 million trips within the Schengen area.

How was this initiative born?

Schengen is the name of a small town in Luxembourg where the country’s border meets those of France and Germany. There, Belgium, Germany, France, Luxembourg, and the Netherlands signed the Agreement in June 1985, which stipulated the gradual abolition of controls at the common borders. Five years later these same countries signed the Schengen Implementation Convention, which established the final abolition of controls at the internal borders, reinforced the controls at the external borders, defined the procedures for issuing Schengen visas, established the Schengen Information System (SIS), intensified police cooperation at the internal borders and improved the fight against drug trafficking. “Removing borders, ensuring security and building trust took many years of effort after two devastating world wars,” recalls Dimitris Avramopoulos, Commissioner for Migration, Home Affairs, and Citizenship. In his opinion, “the creation of the Schengen area is one of the biggest successes of the EU and is irreversible.”

Which countries are part of the Schengen area?

Currently 26 countries (of which 22 are the EU Member States) are part of the Schengen territory, where more than 400 million citizens reside: Belgium, Czech Republic, Denmark, Germany, Estonia, Greece, Spain, France, Italy, Latvia, Lithuania, Luxembourg, Hungary, Malta, the Netherlands, Austria, Poland, Portugal, Slovenia, Slovakia, Finland and Sweden, as well as Iceland, Liechtenstein, Norway and Switzerland, which are not members of the EU but reached an agreement to be part of the Schengen area. Denmark has a clause by which it can decide whether or not to adopt the new legal measures decided for the Schengen territory.

Which EU countries are studying to be part of the Schengen Area?

The full participation of Bulgaria, Cyprus, and Romania is expected to be achieved in the coming years. They still do not meet the established security requirements, although other parts of the agreement do apply. Croatia will be integrated shortly.

Which countries has chosen to stay out of the agreement?

Two members of the Union, Ireland, and the United Kingdom have preferred to remain outside of Schengen, although they participate in police and judicial cooperation and in the fight against drug trafficking.

When did Spain join Schengen?

Spain joined in 1991, as did Portugal. In March 1995 the Schengen Agreement application agreement entered into force and border controls between Belgium, Germany, Spain, France, Luxemburg, the Netherlands, and Portugal were abolished. In 1999, Schengen was integrated into the institutional and legal framework of the European Union.

What does Schengen Area commit to?

What documentation is required to circulate in the Schengen Area?

Nationals of EU states that are not members of the Schengen area are generally subjected to a minimum of checks to verify their identity through their passport or identity document. To enter the Schengen area, third-country nationals must present a valid travel document (passport or ID) and a visa, if applicable, or a residence permit, as well as other documents that justify the purpose of their stay and prove that have sufficient financial resources for their subsistence during the same. On the website of the General Directorate of Migration and Home Affairs, there is a list that is updated periodically from countries whose nationals must be in possession of a visa to enter the Schengen area. The visa application must be submitted to the consulate of the State of the main destination. In 2014 it was issued.

How long is it possible to stay with a Schengen visa? And without it?

Every person who has regularly entered through the external border of one of the signatory countries has the right, in principle, to move freely through the territory of the entire Schengen area with a maximum duration of 90 days within any 180-day period. On the European Commission website, there is a visa calculator for short stays.

What is required to become part of the Schengen area?

Before joining the Schengen area, States have had to demonstrate their ability to assume responsibility for controlling the external border of the space on behalf of the other Schengen States and to issue visas for uniform short-term stays (Schengen visas), as well how to cooperate efficiently with the other Schengen States in order to maintain a high level of security once the internal border controls are abolished, to apply the set of Schengen standards (such as rules on land border, maritime borders) and aerial, visa issuance, police cooperation and personal data protection), and to connect to the Schengen Information System (SIS) and Visa Information System (VIS) and use them. The Schengen States are periodically evaluated to verify that the regulations are correctly applied.
As a SegurCaixa Adeslas Certified Commercial Office focused on Expats, our main goal is to make things easier to our portfolio, this is why we offer a variety of electronic services such as GDPR Compliant on-line Signature, Online Payment, among others, in other words, no call centers in Spanish. Once you purchase your Insurance policy from us you will enjoy our customer care in English, Incidents Management through our office via email or phone call. Spread the word and share this post. Thank you for joining us.

This list is based on the most FAQs we constantly receive from our clients before purchase their Health Insurance in Spain for ex-pats.
4.9 / 5 ( 51 votos )
Leer más

Certainly there are many things you need to know about your health insurance for Spanish residency, however, there are top definitions you need to understand when purchasing insurance in Spain.

Get your Health Insurance for Spanish Residency Now 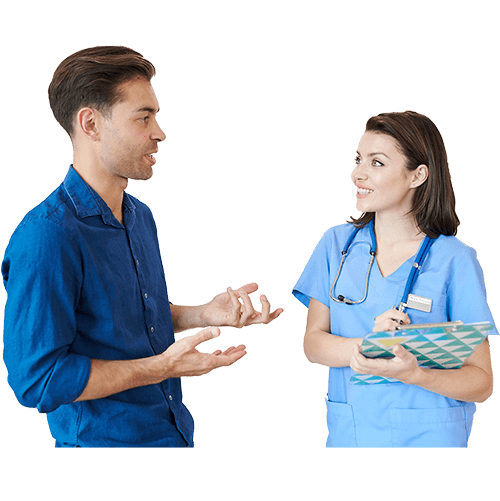 What is the length of my contract

The insurance is stipulated for a minimum period of 1 year provided for in the Specific Terms and Conditions, and upon expiry, according to article 22 of the Law, it shall be tacitly renewed for annual periods.

The amount in which the Policyholder is required to pay the Insurer in order to collaborate in the financial coverage of each health service used by the Insured included under the Policy. Said amount varies in terms of the different types of healthcare services and/or medical specialties, and the amount thereof, which is determined in the Specific Terms and Conditions, may be updated each annual insurance period.

What Waiting periods are?

Interval of time during which some of the coverage included in the guarantees of this Policy is not in effect. Said period is calculated in terms of months as from the date on which the Policy comes into effect for each one of the Insured included in said Policy..

Can I transfer my Health Card?

Registry of the Ministry of Economy
Check our credentials at the General Direction of Insurances and Fund Pensions of The Ministry of Economy of the Spanish Government
ID: B42586313
Urbe Marketing Digital S.L.
SegurCaixa Adeslas Commercial Attentio Office
Authorized Mediator
Experience
As a SegurCaixa Adeslas Certified Commercial Office, focused on Expats, we can give you our personalized service in English, join our portfolio enjoy electronic services and never contact Call Centers in Spanish again.
With more than 20 years of experience, our team will guide you on how to purchase your Health Insurance for Residency.
Rate this post
This website uses cookies to improve your experience. We'll assume you're ok with this, but you can opt-out if you wish.Accept Read More
Privacy & Cookies Policy

This website uses cookies to improve your experience while you navigate through the website. Out of these, the cookies that are categorized as necessary are stored on your browser as they are essential for the working of basic functionalities of the website. We also use third-party cookies that help us analyze and understand how you use this website. These cookies will be stored in your browser only with your consent. You also have the option to opt-out of these cookies. But opting out of some of these cookies may affect your browsing experience.
Necessary Siempre activado

Any cookies that may not be particularly necessary for the website to function and is used specifically to collect user personal data via analytics, ads, other embedded contents are termed as non-necessary cookies. It is mandatory to procure user consent prior to running these cookies on your website.